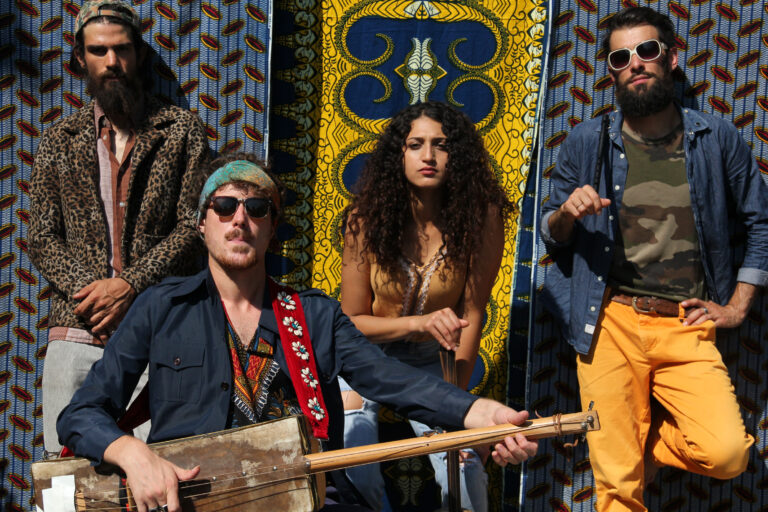 As a tribute to Gnawa culture, Moroccan singer Yousra Mansour and French musician Brice Bottin founded the power quartet "Bab L' Bluz" in 2018. With their debut album "Nayda!" they currently rock the international stages. Their songs are about the values that accompany Morocco's "nayda" youth movement – a new wave of Moroccan artists, who are guided by local heritage and sing words of freedom in the Moroccan-Arabic Darija dialect. "Nayda" means both "to rise" and 'to party'.

Bab L'Bluz combines traditional styles like Gnawa and Chaabi with psych-rock grooves. "More than anything else, we are a rock band," explains front woman Yousra, who faced rejection as a woman at the beginning of her music career. Meanwhile, things have slowly changed, but corruption, racism, poverty and the ideas of visas and borders are still current topics that Bab L'Bluz wants to change with their music.