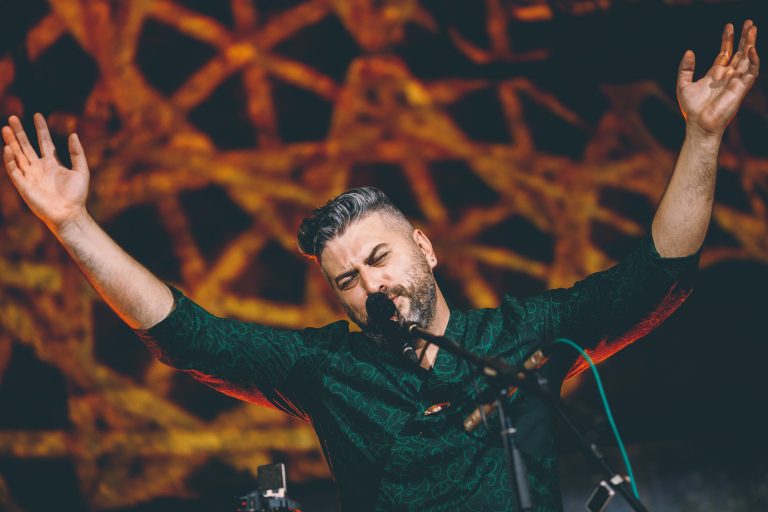 For this event applies:

assigned seats, at least 1m distance, no wearing of the mouth and nose protector at the seat


Damir Imamović is called the "King of Sevdah Music" - a visionary who tirelessly finds new ways to connect Sevdah's rich past with a vibrant future. Born into a famous Sarajevo family of musicians, the sounds and words of Sevdalinka (Sevdah songs) were omnipresent.

The Arabic word sevdah means literally ‘black bile’, and has been appropriated from Portugal (saudade) to Turkey (sevda) to express longing and love. The musical form can be traced back to the 15th century and evolved in the cafes of 19th century Sarajevo and Mostar. Sevdah finally risked turning into an unfashionable relic of the Tito era, but during the Bosnian war, it took on a new meaning for the young generation, including Damir Imamović: “When the time came for me, I hurried to meet the last remaining masters and hunted for old tape reels.”

For his new project "Singer of Tales" (April 2020), Damir Imamović put together an all-star team to explore the centuries-old connections between Sevdah and Ottoman music: Turkish Kamanche master Derya Türkan, well-known American bassist Greg Cohen and violin virtuoso Ivana Đurić. Together with Damir Imamovićs powerful tenor voice and the unusual mixture of different string instruments, a seductive and original acoustic sound is created - a deeply moving homage to the art of storytelling.